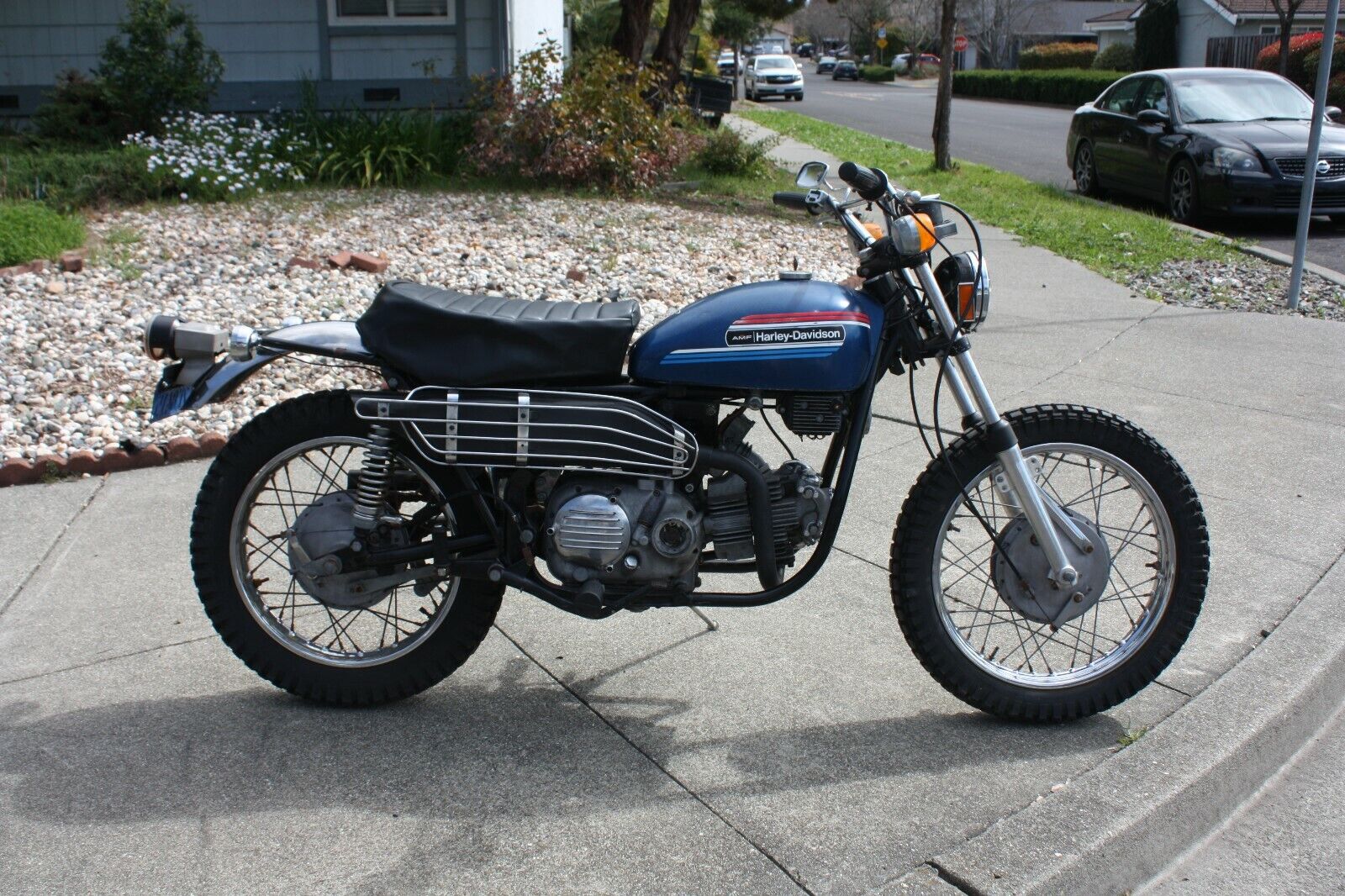 Rare late SX350. Only 1015 original miles. Originally owned by an elderly man who was afraid to ride it. Acquired by a co-worker on his death, who let his son take the bike partially apart to modify it. When I bought it almost everything is here and I began to put it back together. The only thing left to do is reassemble the clutch which needs the later 8mm studs. Rare opportunity to own a low mile, nonrestored Aermacchi/Harley. I have bought a few new parts including a new seat cover. Pickup in...